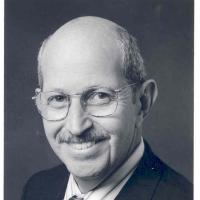 Dr. Aledort is a chaired Professor of Medicine at the Mount Sinai School of Medicine. He was educated and trained at Albert Einstein College of Medicine, Universities of Rochester and Virginia, and spent two years at the National Institute of Health. He has spent his career in the area of bleeding disorders.

He has written more than 400 articles on several aspects of bleeding and clotting disorders. Emphasis has been on the supply availability and affordability of blood products. He has been involved in developing health care programs and their underwriting in developing nations. Dr. Aledort has consulted for CSL Behring, American Red Cross, and Baxter BioScience.

He has received the Lifetime Achievement Awards from the Hemostasis and Thrombosis Research Society and from the Albert Einstein College of Medicine.

Prophylaxis practices in children and adults with inhibitors

Tertiary prophylaxis in adults: What is the rationale?

Why should we Care about Quality of Life in Hemophilia?

Are randomized clinical trials the only truth? Not always