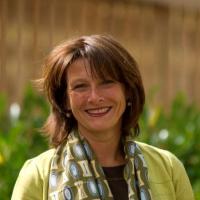 Dr. van den Berg attended the Faculty of Medicine, University of Groningen, The Netherlands. She received her degree as a medical doctor in 1980. She worked for 3 years in Internal medicine and Hematology. She defended her PhD thesis on Non Hodgkin Lymphomas in March1986.  She was trained as pediatrician and further specialized in Pediatric-Hematology/Oncology. She worked in The Free University Hospital for 5 years in Pediatric Hemato-Oncology. From 1991 until 2008 she worked in the University Hospital Utrecht as Director of the Van Creveldkliniek, Dutch National Center for Haemophilia and at the Department of Pediatric Hematology of the Wilhelmina Childrens Hospital.  She did a sabbatical with Prof Dr Gilbert White in Chapel Hill (USA) on the relation of HLA and inhibitor development. From 2008 until July 2011 she was CEO of a large teaching Hospital. Her expertise in Hemophilia is on inhibitors and prophylaxis. She has initiated as Principal investigator multicenter studies in inhibitors. From 2012 she hold a position as Associate Professor at the Department of Health Science and Epidemiology at the University Hospital of Utrecht, the Netherlands.